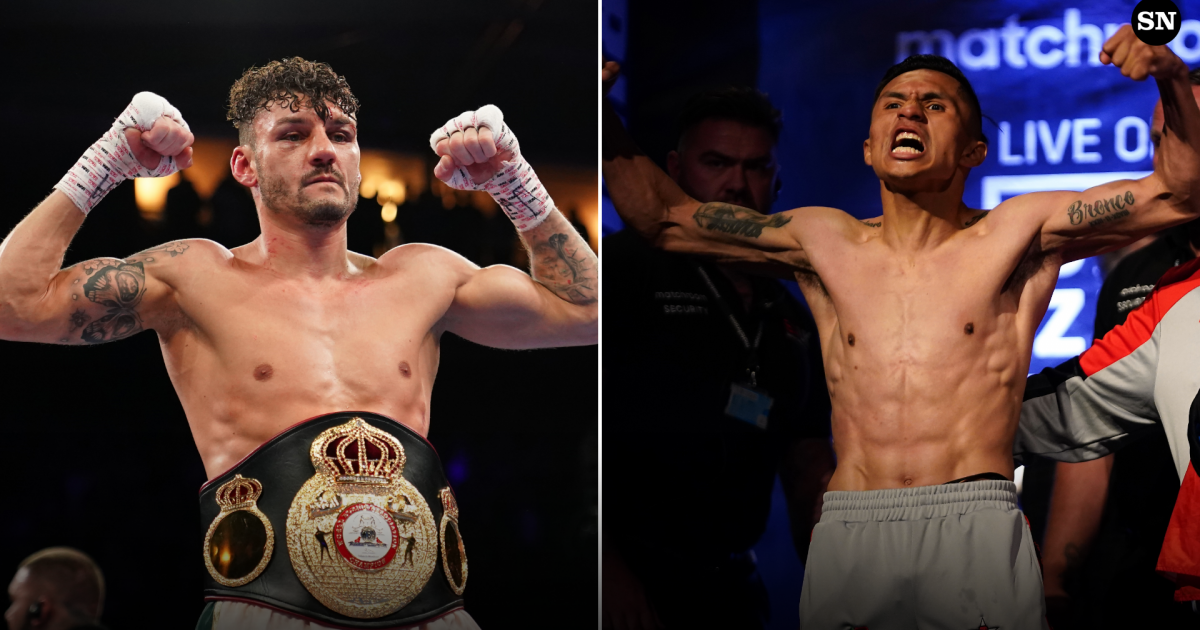 The 34-year-old Englishman will again fight in his home city of Nottingham, for what looks like another surefire thriller against heavy-handed Mexican Mauricio Lara.

Wood charted an unlikely route to become a world champion, while Lara also sprung an unforgettable shock win on UK soil to put himself in the title picture.

The Sporting News has put together everything you need to know about Wood vs. Lara.

When is Leigh Wood vs. Mauricio Lara?

Wood’s second defence of his belt will take place on Saturday, September 24.

Where is the Leigh Wood vs. Mauricio Lara fight taking place?

The bout will be staged at Motorpoint Arena, the scene of Wood’s final-round win over Conlan.

In the immediate aftermath of their bout, Conlan touted the prospect of a summer rematch at the City Ground, the home of Premier League club Nottingham Forest.

Leeds’ IBF champion Josh Warrington was also mentioned as a dance partner for a potential all-British blockbuster, with promoter Eddie Hearn having wanted to make it at the 30,000-capacity City Ground.

That knocked his schedule back and he has since stated his interest in travelling to the United States for a potential unification with Leo Santa Cruz, who is still classed as the WBA’s ‘Super’ champion at featherweight despite having last boxed at 126lbs in 2019.

Meanwhile, Conlan returned to action with a 10-round points win over Miguel Marriaga in Belfast on August 6. It left the stage clear for Wood to tangle with Lara, a man who is very familiar to Warrington indeed.

How to watch Leigh Wood vs. Mauricio Lara

Wood vs. Lara will be shown live on DAZN.

DAZN has launched its pay-per-view platform for the superfight between Saul ‘Canelo’ Alvarez and Gennadiy Golovkin, which will take place a week prior. Wood vs. Lara will be part of this offering, so will be available at no extra cost to subscribers.

WATCH ON DAZN: Wood vs. Lara

How to buy tickets for Leigh Wood vs. Mauricio Lara

Tickets for Wood’s latest home bout are priced between £40 and £150, with VIP packages available for £250.

This is 24 hours after Matchroom Fight Pass members have access to a pre-sale.

Who is on the Leigh Wood vs. Mauricio Lara undercard?

A further title showdown comes in the form of Terri Harper leaping up two weights to take on Hannah Rankin, defending her unified super-welterweight championship.

Wood won the first 11 fights of his professional career before facing Gavin McDonnell for the vacant Britsh super-bantamweight title at Hull Ice Arena in February 2014.

In a topsy-turvy encounter, Wood was dropped in round one but cut McDonnell in the next session. He was ahead in the fight before wilting under a sustained assault from McDonnell, the twin brother of former two-time bantamweight world champion Jamie. He was stopped in the final seconds of round six.

After that setback, he stepped up to featherweight and impressed on a couple of high-profile undercards in Sheffield, outpointing Josh Wale and knocking out former amateur rival Lee Glover.

Wood dispatched Glover in the second round and did likewise when he faced Abraham Osei Bonsu for the vacant Commonwealth featherweight title in March 2019. He defended the belt once against Ryan Doyle and won the WBO European featherweight strap with a ninth-round stoppage of David Oliver Joyce.

Wood rebounded impressively with a round-nine TKO of the previously unbeaten Reece Mould at Wembley Arena 12 months down the line, but that did little to foreshadow a stunning ascent to world honours.

Boxing at Matchroom HQ as part of the Fight Camp series, Wood out-hustled China’s Can Xu before stopping the WBA champion in the final round.

Remarkably, Wood repeated the trick in an instant classic against Conlan. The home favourite was down and badly hurt in round one but gritted his way back into the contest. Conlan went down in round 11 and was then chillingly dispatched through the ropes as Wood snatched victory. It was his finest moment and moved him to a career record of 26-2 with 16 KOs.

Lara’s career got off to a false start as he dropped a split decision over four debut rounds to the unheralded Julio Carabino.

He then reeled off 11 wins before suffering a first-round KO against Eliot Chavez, a fighter most recently seen on British shores being disqualified for twice punching Harlem Eubank after “break” was called.

Lara strung together another 11 wins against unremarkable opposition and little was expected of him when he was called in as an opponent for Warrington in a behind-closed-doors encounter during the COVID-19 pandemic.

Topping the same card where Wood beat Mould, Warrington was dropped by the visitor in round four and battered around the ring until his misery came to an end after another trip to the canvas in round nine.

Warrington cited a lack of atmosphere and adrenaline in mitigation for his first career defeat and sought to right the wrong in an immediate rematch.

Headingley rugby stadium in Leeds certainly produced an incredible atmosphere to get the blood pumping, although such a description is perhaps a little too close to the bone given a head clash in round two saw Lara badly injured and the fight called off as a technical decision draw.

Lara also enjoyed his most recent outing in March this year, blasting out Emilio Sanchez within three rounds in San Diego to leave his career record on 24-2-1 with 17 KOs.

Warrington’s decision to vacate his IBF belt prior to their first bout means Lara has never fought for a major title in his career. However, he is ranked as the world’s leading featherweight by the respected Transnational Boxing Rankings Board.

Who will Daniel Ricciardo drive for in 2023? Which F1 teams the Australian could sign with as he waves goodbye to McLaren
Who will win the PGA Tour Championship? Odds, best bets, expert sleeper picks & more for FedEx Cup finale at East Lake