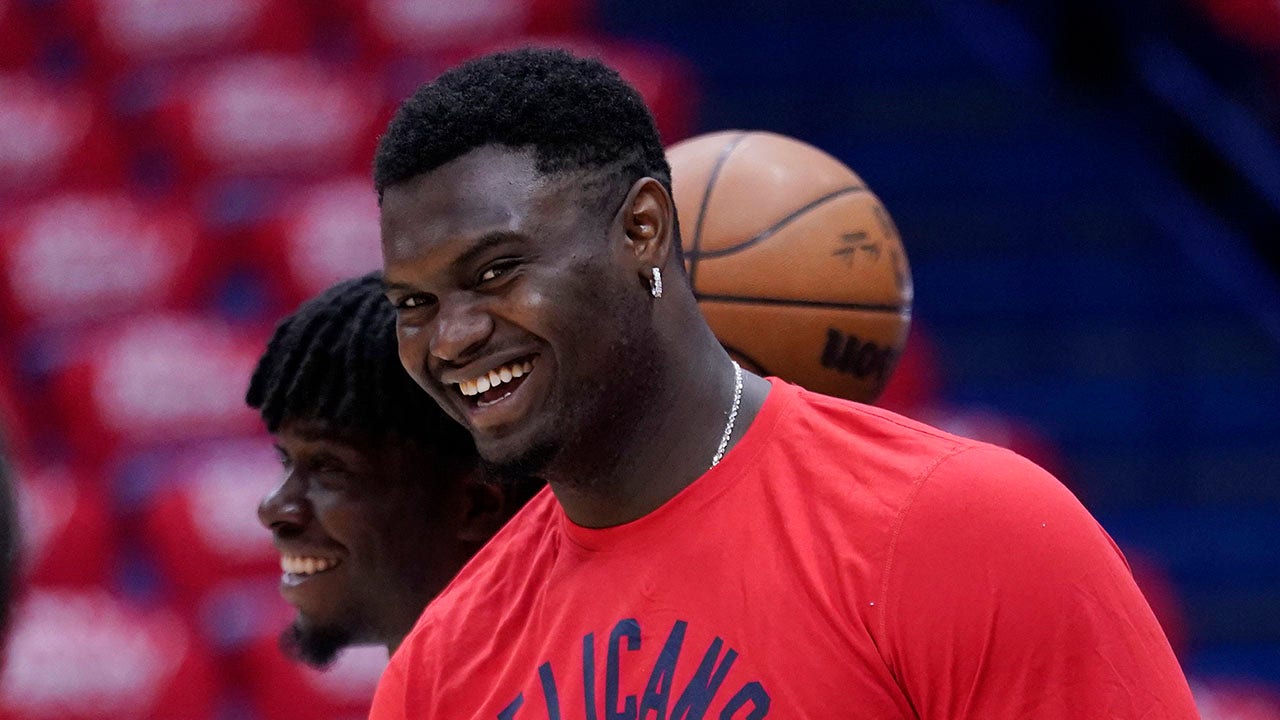 The New Orleans Pelicans are reportedly expecting 2019 first overall pick Zion Williamson to play in their season opener against the Brooklyn Nets.

Talking on “The Pat McAfee Show,” The Athletic’s Shams Charania said Williamson “will be playing” in Brooklyn, which would be the first time since May 4, 2021, he’s suited up for a game.

Williamson missed the entire 2021-22 season due to a foot injury, but he was cleared to resume normal basketball activities in May.

His absence last season raised doubts about what the Pelicans would do with the Duke product because his rookie contract enters its final year this upcoming season.

But those doubts were put to rest when they signed Williamson to a five-year extension that could pay him up to $231 million. The deal keeps Williamson under control through the 2027-28 campaign.

This news comes after the Nets announced Kevin Durant won’t be traded this offseason.

ZION WILLIAMSON ON RE-SIGNING WITH PELICANS: ‘ULTIMATE GOAL IS TO WIN A CHAMPIONSHIP’

Durant and Irving going against Williamson won’t be a nationally-televised game.

Williamson will return to a Pelicans squad that made the playoffs last season but were bounced early by the Phoenix Suns. Savvy, two-way guard C.J. McCollum led the pack with Brandon Ingram next to him as well as Jonas Valanciunas at center. Adding Williamson to that lineup gives New Orleans another dynamic scorer if he can remain on the court.

Williamson averaged 22.5 points, 6.3 rebounds and 2.1 assists per game his rookie year, earning him a spot on the first-team All-Rookie squad. He followed that up the next season with 27 points, 7.2 rebounds and 3.7 assists and got a nod for his first All-Star Game.

The Pelicans hope to return to the playoffs, and Williamson’s expectations will be high given what he was able to do when he was last on the court.

Scott Thompson is a sports writer for Fox News Digital.

An N.C.A.A. Champion Is Turning Pro. He Already Has a Big Win.
Titans lean on Derrick Henry as they aim for fourth straight playoff berth