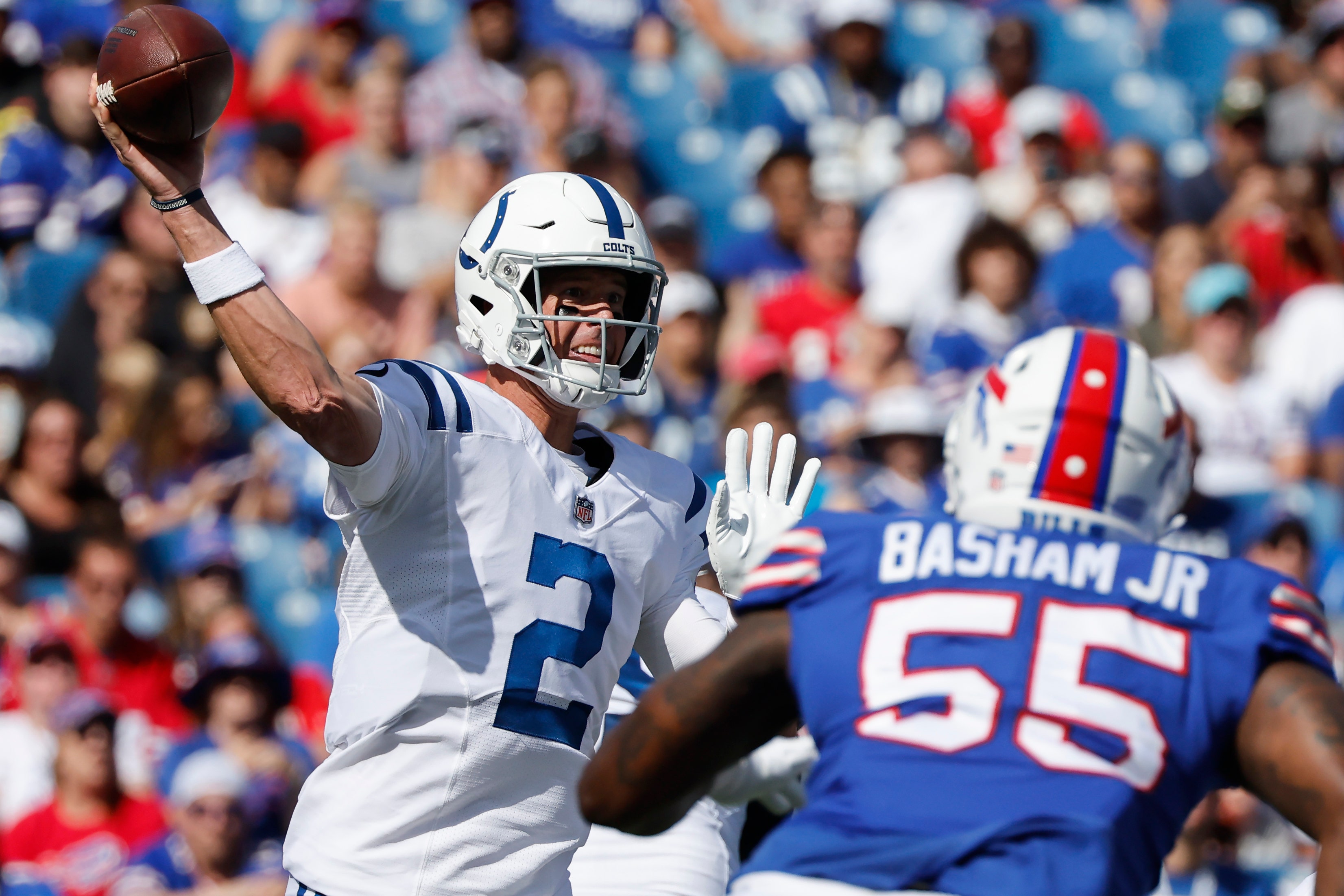 The Indianapolis Colts believe the Matt Ryan-Jonathan Taylor combination will create more offensive balance. They’re also counting on Yannick Ngakoue and Stephon Gilmore to reinforce a young defense. Coach Frank Reich thinks it can lead to a deep playoff run. First, though, Indy must find some complementary receivers to Michael Pittman Jr. They also need two new offensive line starters to play well and can’t wait to get three-time All-Pro linebacker Shaquille Leonard back, too. Leonard has not practiced since having back surgery in June.

Strengths: Ryan and Foles, both Super Bowl starters, provide a substantial upgrade at quarterback. Defending NFL rushing champ Jonathan Taylor will run behind two new starters on what is likely to remain one of the league’s top offensive lines. Ngakoue has added energy on a young, improving defense and Gilmore looks healthy and aggressive after two injury-filled seasons.

Weaknesses: Michael Pittman Jr. could thrive — if the Colts find a complementary receiver. Expect early growing pains from Pierce, Indy’s top draft pick who has worked largely with the starters. Finding a new TE for Doyle also will be challenging, and the sudden retirement of Willis could leave the Colts somewhat thin at safety though rookie Nick Cross has been a pleasant surprise.

COLTS’ KHARI WILLIS, 26, RETIRES TO ‘PURSUE THE HOLY CALL THAT GOD HAS FOR MY LIFE’

Camp Development: Bradley knew from his experience with Ngakoue that the acquisition would immediately improve Indy’s pass rush. But Gilmore’s aggressiveness has been contagious in a secondary that has batted away passes at a remarkable rate. In time, the Colts will learn whether the amount of breakups are the result of improvement or an unproven receiving group.

Fantasy Player To Watch: Colts defense. After producing 33 turnovers and finishing ninth in points allowed last season, Indy expects even better numbers in 2022. It already has six takeaways in two preseason games and that’s without three-time All-Pro LB Shaquille Leonard, who hasn’t practiced since having back surgery in June.

Expectations: The Colts are relying on Ryan’s still-strong 37-year-old arm to lead them back to the postseason. If Pierce or anyone else emerges as a solid second receiver and Taylor replicates his breakout season, the Colts could finally have the balance coach Frank Reich craves. This could also be the best defensive unit of Reich’s five-year tenure, a combination that could pay big dividends.

Kevin Durant and the Nets Will ‘Move Forward’ Together. For Now.
An N.C.A.A. Champion Is Turning Pro. He Already Has a Big Win.